So my thoughts on this were that Bertie inherits the title of Lord Yaxley from his uncle and he and Jeeves move to the country. It is now post-war and quite a lot of the house is closed and they don't really have domestic staff just a local girl who comes in to clean, but Bertie's got his victory garden and Jeeves does all the cooking. Though they've learned to economize on a lot of things, keeping Bertie's grand piano in good order is not one of them.

While they're discreet, their relationship is pretty much an open secret in the neighborhood but no one would dream of going after that clever and helpful Mr. Jeeves nor cheerful and generous Mr. Wooster. They are always having people 'round for visits; Mabel, Bingo and their children, Angela and Tuppy's children who summered with them growing up, and even the children sent to them during the Blitz. 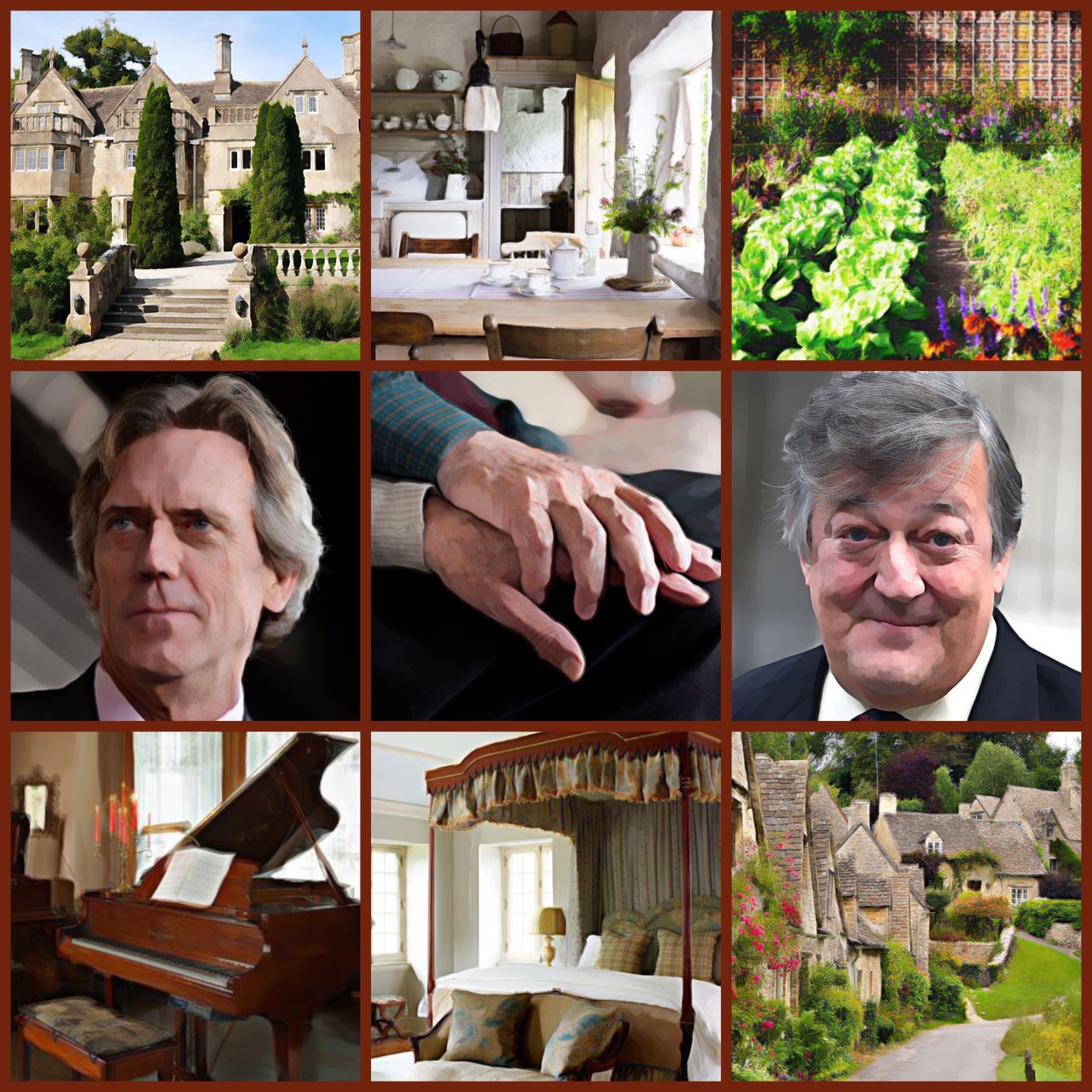 Series this work belongs to: