can you even ride, city girl?

Nangong Jingnu blinks up at her innocently enough. “Catch?”

“Yeah,” Qiyan Agula says. “The catch. The give. What do you get out of this?”

crossposted from ao3 onto here! made to fulfill a prompt in the jwqs prompt meme and qijing week on ao3 and gifted to user @BOKIBEEKI

Chapter 1: can't quite believe my ears

i think it’s kind of against the rules to fulfill both a prompt in the prompt meme and do qijing week but literally, i’m the one who makes the rules here, and this isn’t a democracy.

thank you miss joy for the excellent cowboy qi yan food, because now i’m going to make it FUNKY. this is set in march of 2020, and uhhh please suspend your expectations of reality because this is a rom-com, baby!

PLEASE KEEP MY WORKSKIN ON PLEASE ;; as per the usual i have coded my blood and tears into this fic so ;-; don't let it all go to waste please!

(See the end of the chapter for more notes.)

In retrospect, Qiyan Agula really should have thought twice before accepting the offer. But she's frugal, through and through, and no matter how well the ranch has been doing these past few years, she'll never pass up an opportunity to get money.

A week ago, a request had come in. Someone had asked if they could rent out a room in the guest house. (The guest house is featured on the website and she markets it as having been built when the ranch was first established, which was in 1940, but in truth, it was built in 1990, demolished, then rebuilt three years ago. She has kept it up on various sites as open for rent, but nobody has ever requested to stay since she posted. So it's been years since anyone has lived in it, not since—

Soon enough, the days passed. She forgot about the AirBnB request as soon as more issues began to pile up. One of the worst storms that summer wrecked the entire ranch, causing the barn door to break. Flowing Fire needed a new saddle. The roof of the guest house crashed down. And then, the day of the booking arrived, as subtle and nondescript as a bright spring breeze.

The first signifier that things were off was the whirring of a sports car pulling into the gravel parking lot. In these parts, the only horsepower around for miles was the power of actual live horses, and nobody had the money for a car that expensive.

Again, Qiyan Agula didn't pay much mind to it, because why should she? It was simply a loud car. Lots of people had loud cars around here, but it was usually because something was broken in the exhaust, and not whatever had just parked in front of the main building.

But in hindsight, Qiyan Agula should have known better.

She looks up lazily when the door opens, eyes catching on the woman who has walked in. Short, wearing a coat that is six fingers too thick for a Texan spring, and rich. Very, very rich, from her red-bottomed shoes to the dangling gold things in her hair.

"Welcome to the Chengli Ranch," drawls Qiyan Agula, pen tapping a steady beat against the counter. "How can I help you?"

The woman lowers her Louis Vuitton sunglasses. She smiles at Qiyan Agula, red lips stretched wide and teeth artificial white. "I booked a room here a week ago," she says. Her canines are too sharp.

"Ah," says Qiyan Agula, having completely forgotten about it. Her mind whirs, trying to figure out how to phrase you can't stay there because it's broken and you'd very likely die. "Yeah, well, see, here's the thing..." she trails off, hand rubbing at the back of her neck, "The roof caved in last week."

The woman—whose username on AirBnb is Jingn00 with two zeroes instead of o’s, which should have set off alarm bells in Qiyan Agula’s brain, but didn’t—frowns. "Do you not have other rooms?"

In hindsight, Qiyan Agula should have been wary of just how goddamn pushy Nangong Jingnu was when it came to staying at the ranch. But it was fucking humid, and the air conditioning had been broken after the storm the week prior made one of the electrical lines crash into the roof. Heat muddled up her mind and made her think weird.

And even if she could ignore that, she should have noticed the fact that Jingn00's username almost perfectly matched up with the name of one of Nangong Rang's daughters. America is a big place, she rationalized to herself. There would have to be overlapping names, right?

Things are a lot clearer in hindsight.

The woman looks displeased with such an answer. She walks closer to the counter, heels clack-clacking against the floor, says, "Well, I paid you, didn't I? To stay a week and a half here."

Qiyan Agula knows. The down payment still sits in her Paypal, not yet transferred to her bank account; she had acted almost as though if she did transfer it, it would fade away as though it was just a dream. Every time she looked at it, thumb flicking the app open, she felt giddy with anticipation. There were so many things she could do with that much money. Flowing Fire could get a new saddle earlier than she had expected, and the repairs after the storm would at least be helped along with this.

But all that excitement is now shot through with an undercurrent of nerves, anxiety that she’ll never be able to bring the ranch back up to speed without this money. She has savings, of course, but it’s not enough. The last thing she wants to do is ask for money. If she has this, though...

She can't refund it. She knows that, at least. Refunding it would be the stupid thing to do, and Qiyan Agula is most definitely not stupid.

"There's a spare room in my house," she says, weakly. "If that's alright with you."

She texts Ding You as soon as the woman deposits her suitcase into the room down the hallway, fingers flying across the broken screen of her phone. Now that Jingn00 has confirmed her arrival, the rest of the funds come pouring into Qiyan Agula's Paypal, ready for transfer into her awaiting bank account.

It's a ridiculous amount of money, the likes of which she never thought she'd see again.

She'll be able to fix the barn completely, get Flowing Fire a new, expensive saddle, and if she manages to have some money left over, she can start on repairing the guest house. Or on more ads, so that way, she can get more visitors for more revenue.

Either way. This is a lot of money, and she refuses to let it go. 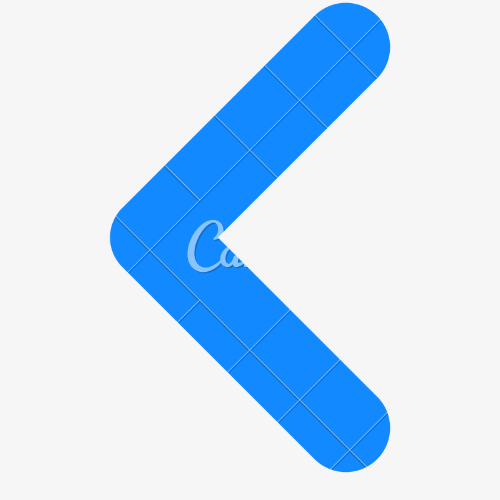 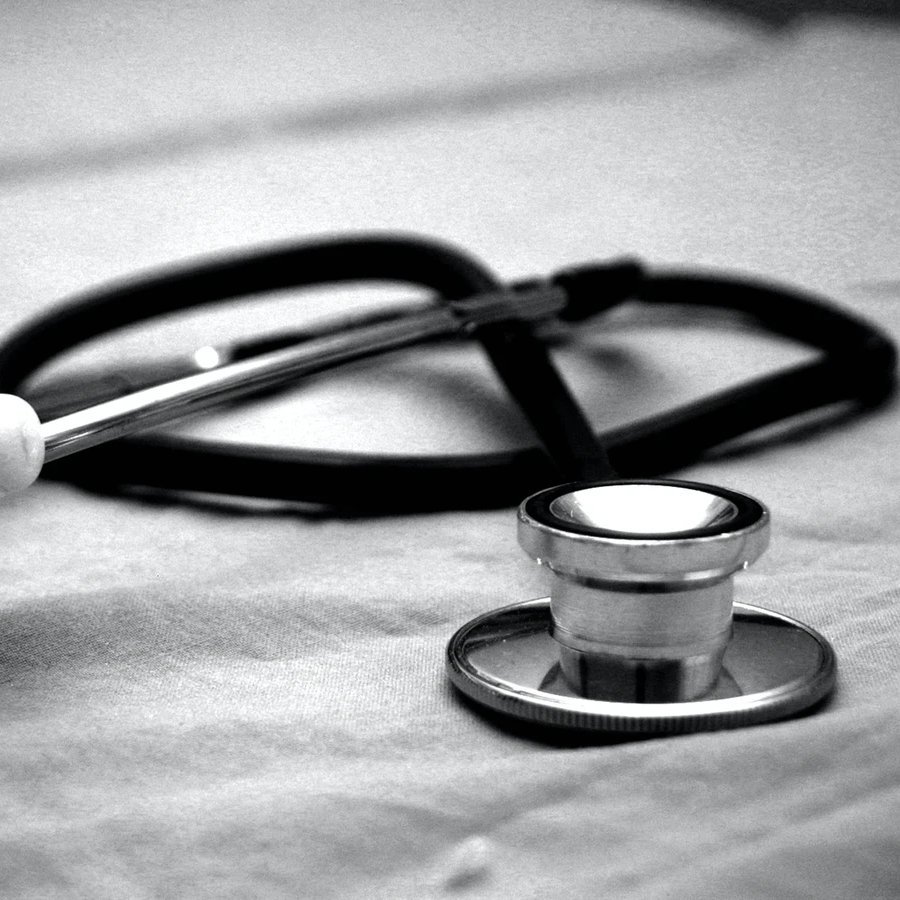 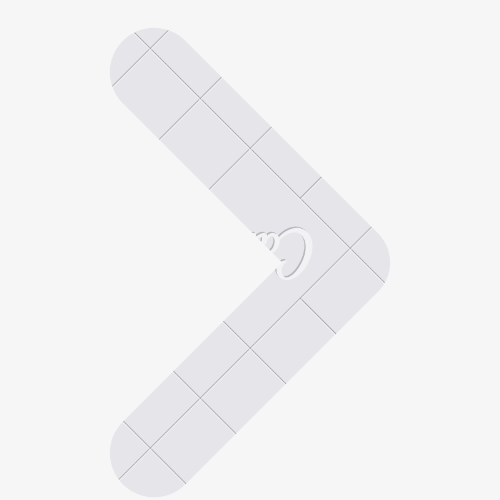 I think that I may have made a foolish (ish) decision but it is also very incredibly smart and before you tell me that I have done something stupid, I need you to hear me out completely. Promise me that, please.


and honestly i feel like that's just, like, a precursor to you saying that you've murdered somebody like i don't know, fuckin nangong rang, and you need me to help hide the body

Actually, that would be really nice, and a lot better than what just happened, but what I have to tell you is also great but also kind of weird but mostly great. I told you about that AirBnB request I got a week ago, right?

you got a what

AirBnB request. For the guesthouse.

that caved in, also last week. buddy boy i think there is going to be at least one problem here, much less a million

See, that’s what you’d think, right? Except that I told her the situation and she was fine with staying in the main house.

sry i think i'm missing something

IN YOUR PERSONAL HOUSE THAT ONLY YOU LIVE IN

THAT NOBODY ALSO LIVES IN EVEN IF THEY'RE VISITING (like me, who is forced to live in a HOTEL and fucking COMMUTE to your house every day that i stay with you)

That is what the main house is, you know...

what if your guest is an axe murderer???? how am i supposed to explain that to someone???

i'm going to be the last person you texted!!!! they're going to ask me to testify!!! i'm a doctor! i don't do well in court

Yeah, I know. And if she ends up being an axe murderer, then I'll call customer service.

ill start planning your funeral. tell me if you want li furen to come

I don't. Good luck with the funeral.

Her phone pings with a notification, buzzing happy against her thigh. White text against blue, Your Bank Account Has Received The Payment. A rush of joy later, Qiyan Agula opens up her bank app, checking the details of the deposit.

All excitement spills out of her like a cup with a hole—the sense of ever-growing terror pushes up against her skin, poking at her joints, numbing her fingers.

She can see the news articles, superimposed onto her vision, reading out about the car crash, the deaths, the end. The files certifying her parents’ death, her adoption certificate, so proudly displayed, the frame shattered and swept into the trash in Li Yanru’s mansion.

i promise you it gets better from here. also, yeah, qi yan's contact photo for ding you is a stock photo of a stethoscope. this is a very qi yan thing to do.