A tag to the episode 'Klansmen'. Another close call forces Bodie to re-evaluate his life.

Bodie leaned wearily against the wall as he pressed the buzzer to Doyle's latest flat. He wondered – as he had on more than one occasion - just what the hell it was he was doing. His date earlier in the day with the beautiful nurse had gone well, really well but he felt as though he could have been dating his sister. He shuddered at the thought as he pressed once again. "Come on, Ray," he muttered impatiently.

"Doyle," came the gruff reply to the incessant buzzing.

"What do you want? Shouldn't you be at home with the lovely Nurse Nightingale?" he teased.

Doyle buzzed him in and headed for his kitchen to put on the kettle. Just then, his exhausted partner ambled in and eased himself down onto one of the chairs at Doyle's dining table. "You alright, mate?" he enquired worryingly after noticing Bodie's pale complexion and clammy looking skin.

"Yeah. Think I over did it a little today though."

"Ah, yes well carnal whatnots with a beautiful woman hours after being released from hospital is not conducive to a speedy recovery."

"Eh? Oh, didn't have any carnal whatnots did we."

"Realised what she had let herself in for did she?"

"No....I..." Before he could finish off Bodie stood and made his way to the front door.

"Come on, mate. I was only kidding. So what went on then? I thought you liked her?"

"I do. I did, just not enough," said Bodie as he opened the door. "I just can't do it any more, Ray." He turned towards his partner and gave him a gentle smile.

"Do what? What are you talking about? Is your brain still addled from painkillers or something?" he mocked not liking the dejected tone of his partner's voice. When Bodie didn't answer, he laid a gentle hand on his forearm. "Come on, mate. You can tell me."

"Can I? I'm not so sure," he paused briefly. "Ray, can I ask you something? I don't remember much about the journey to the hospital, but a few things have been bothering me." 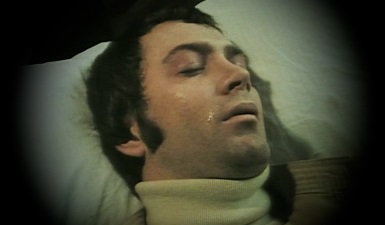 Ray was dreading just what it was that Bodie wanted to know. He thought back to clutching tightly to his partner's hand while he was in the ambulance; to when he was begging him to hold on and not to die. He remembered mumbling something about regret at not telling him how he truly felt. He panicked briefly. Was that what Bodie was referring to? That he could no longer work with his partner knowing that he felt something other than friendship. He wished to God that he'd kept his mouth shut. He couldn't bear the thought of Bodie wanting re-teaming or worse. "Course you can," was all he said in reply.

Bodie closed the door quietly and said, "On the way to the hospital you kept holding my hand and muttering something to me. Don't know what, it's all a bit fuzzy. I couldn't think straight as my back felt like it was on fire." He winced in memory as the not yet fully healed wounds made themselves known. "But I do remember you telling me to hold on and you were crying. I hate to see you cry, mate. I can't bear that." He paused to gather his thoughts for a moment, unsure if he should continue. His friendship with Doyle meant the world to him and he was terrified of ruining what they had, but yet another close call forced him to re-evaluate his life. The thought of going on, not letting his partner and best friend know just how he truly felt was tearing him apart. But how could he be sure his feelings were reciprocated? That it was not just his longing for more that caused him to imagine Ray telling him about regrets. That Ray could possibly feel more for him than he dared hoped. No! He decided. It was too big a risk. "Look, let's just forget I said anything." 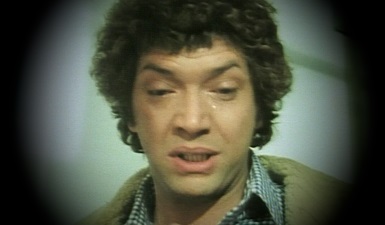 Doyle gazed deeply into his partner's eyes and it was as though he was looking into his very own soul and it was in that moment, everything suddenly became clear. "Come on, sunshine." Doyle breathed deeply and ushered his partner into the living room. He watched Bodie sink onto the couch as he poured himself a generous measure of scotch. "You can have a coffee," he stated firmly. "And don't give me that pouty look either. It won't work." He downed the glass in one and sat on a chair opposite. "Dutch courage," he stated by way of an explanation.

Bodie's stomach was in knots. "Dutch courage for what?" He could barely breathe as Doyle leaned towards him.

"This," he stated simply before he closed the gap and kissed him.

When the kiss ended Bodie leaned back against the couch and whispered, "Oh."

Doyle stared at him for a moment before shaking his head and asking, "Is that all you can say? I lay my heart on the line and all you can manage is an 'Oh'."

Bodie didn't dare move; he just sat, stunned at the turn of events. He was both terrified and jubilant that his partner evidently felt the same.

Doyle was becoming agitated at his partner's continued silence. "Look, mate, if I've read the situation wrong, I'm sorry. I didn't meant to..."

Before he could finish, Bodie's lips were once again upon his and it was the sweetest kiss Doyle had ever experienced. This time when the kiss ended they were both breathless and flushed. Bodie groaned as pain shot up his side. "I think we need to slow down, Angelfish. Not sure I'm up to much at the moment."

His partner just smiled his most charming yet goofy grin. "It's OK, sunshine. We have all the time in the world. Come on then, let's get you to bed. The sooner you're recovered the sooner we can have some carnal whatnots of our own."

1 guest left kudos on this work!